A New Face of Avon Is From Houston 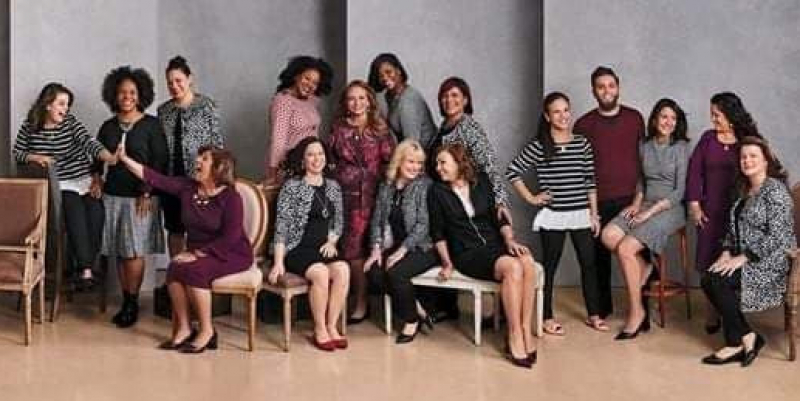 If you grew up in the South, there’s no question that Avon was a component in your medicine cabinet or your mom’s makeup bag. And whether your local Avon lady was a church member, someone in the family, or your neighborhood door-to-door business person, you knew when Avon was calling.

While the classics we grew up with are just as relevant as ever, the global beauty brand is going bold with its most recent campaign. For the first time in the company’s 130-plus year history, it will use only real Avon representatives in its latest product catalog launching August 21.

Instead of using professional models to display products, Avon is tapping those who know said products best—their top-selling representatives—to do the job. Of the 21 top Avon reps selected, one was plucked from right here in Houston..

Gail Roben was chosen for her personal growth with the company and her impressive business savviness. An entrepreneur with a team of 340 employees working directly for her, Roben exemplifies self-made success, but she’d be the first to tell you it didn’t start off that way.

Twenty years ago, Roben found herself a single mother of two young children trying to work as much as she could to make ends meet. She had no balance between work and home and no job satisfaction. Most of all, she didn’t see a future.

She decided to explore selling Avon as a way to substitute some income but quickly found it exceeded her expectations: Not not only did it pay enough to allow her to quit one of her other jobs, but she was great at it. She found the skills she’d developed as a single mom came in handy selling Avon, and she picked up even more on the job.

On-the-job-education and job satisfaction were nice, and so was the fact that the more Roben succeeded, the more she earned. She was eventually able to “take the leap” and go full-time with Avon; since then, she’s started—and sold—her own company, reinvesting the profits. Her two grown children are now part of her Avon team of 340.

Roben encourages anyone considering entrepreneurship to “take the leap,” too, and go all-in on pursuing professional dreams.

For her own success, she credits “familyhood” and the relationships she’s made in her community through handing out bullet lipstick samples at the drive-thru or reminiscing about Avon’s Skin-So-Soft lotion with one particularly nostalgic writer.